The Organization and Control of Evolving Interdependent Populations

Starting with Darwin, biologists have asked how populations evolve from a low fitness state that is stable to a high fitness state that is not. Specifically of interest is the emergence of cooperation and multi-cellularity where the fitness of individuals appear in conflict with that of the population. Evolutionary game theory has produced a number of fruitful results, mostly employing two-state two-body models. Here I will talk about interdependence networks, which is a simple multi-player and multi-state evolutionary game. I will show that interdependence networks organize themselves into one of 4 distinct phases depending on a single parameter, selection strength. I will then describe how the evolution of independence can be manipulated through external perturbations: Since early experimental studies have had mixed success in controlling the social composition of disease causing biofilms, our goal is to better understand the initial conditions and evolutionary parameters that may have been affecting the outcome. 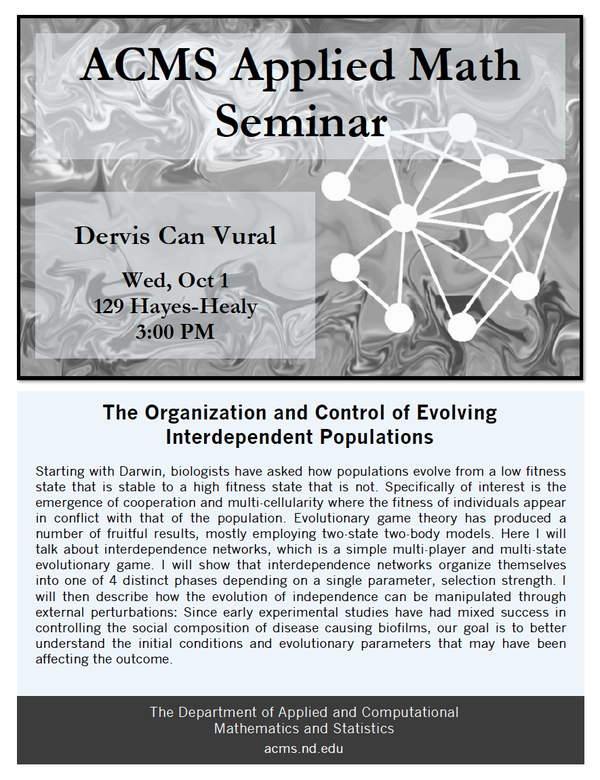