Understanding the mechanisms of learning and memory in the cerebral cortex is one of the major challenges in neuroscience. The dominant theory holds that sensory inputs are ‘memorized’ by cortical circuits through changes of their synaptic connectivity, through a phenomenon called synaptic plasticity. Synaptic plasticity has been studied in the last four decades using in vitro preparations, and formalized by theorists as ‘learning rules’, but the exact rules governing how single synapses change as a function of the activity of pre- and post-synaptic neurons remain the subject of debate.  In this talk, I will present two complementary approaches for inferring learning rules in cortical synapses. The first consists in fitting a ‘minimal biophysical model’ to a set of in vitro experiments. The second consists in inferring a learning rule from in vivo data, using experiments comparing the statistics of responses of neurons to sets of novel and familiar stimuli. 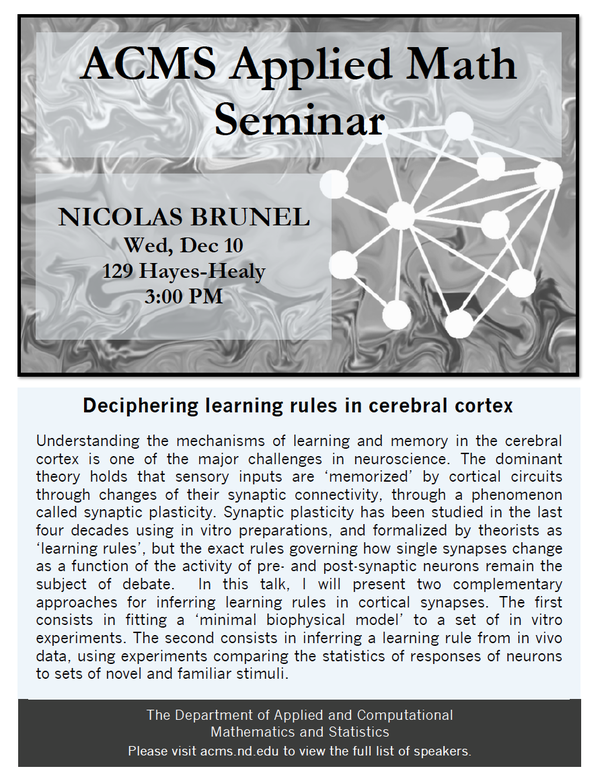