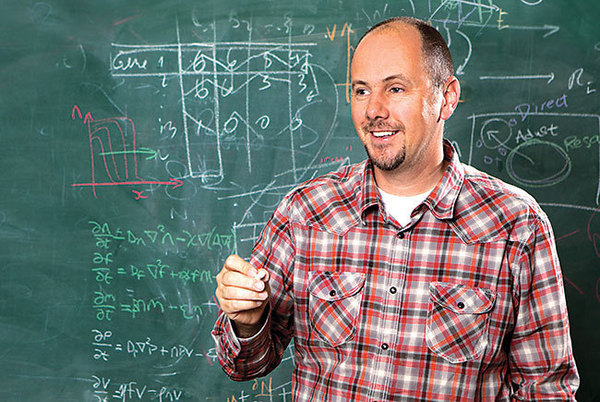 Alexander R. A. Anderson, PhD is chair of the Integrated Mathematical Oncology (IMO) Department and Senior member at Moffitt Cancer Center. Dr. Anderson performed his doctoral work on hybrid mathematical models of nematode movement in heterogeneous environments at the Centre for Nonlinear Systems in Biology, a joint venture between the Scottish Crop Research Institute in Dundee and Dundee University, UK. His postdoctoral work was on hybrid models of tumor-induced angiogenesis with Prof. Mark Chaplain at Bath University, UK. He moved back to Dundee in 1996 where he worked for the next 12 years on developing mathematical models of many different aspects of tumor progression and treatment, including anti-angiogenesis, radiotherapy, tumor invasion, intra-tumor heterogeneity evolution of aggressive phenotypes and the role of the microenvironment. He is widely recognized as one of only a handful of mathematical oncologists that develop truly integrative models that have both changed the way biologists do experiments but also the way in which models are developed. Due to his belief in the crucial role of mathematical models in cancer research he moved his group to the Moffitt Cancer Center in 2008 to establish the Integrated Mathematical Oncology (IMO) department. Since his arrival at Moffitt his focus has shifted to developing organ specific models of tumor initiation and progression that examine the key role of the microenvironment as a selective force in the growth and evolution of cancer. A common theme of these organ specific models is the importance of understanding normal organ form and function particularly in relation to homeostatic regulation and how cancer disrupts and exploits these mechanisms. Building models that can generate testable hypothesis and utilizing experimental data to parameterize them is a key component of his research. IMO’s central goal is to utilize mathematical and computational approaches to better understand, predict and treat cancer. As such Dr. Anderson has developed a diverse suite of mathematical and computational tools covering the gamut of spatial and temporal scales that cancer encompasses, many of them being focused at the cellular scale but bridging both up and down. Cancer treatment has become a significant driver of his research and using mathematical models that connect our basic science understanding of a given cancer with clinical translation. He has over 80 peer-reviewed, scientific publications, and is a Principal Investigator of several NIH/NCI grants. He has mentored 5 interns, 11 graduate students and 12 postdoctoral students and 4 faculty. 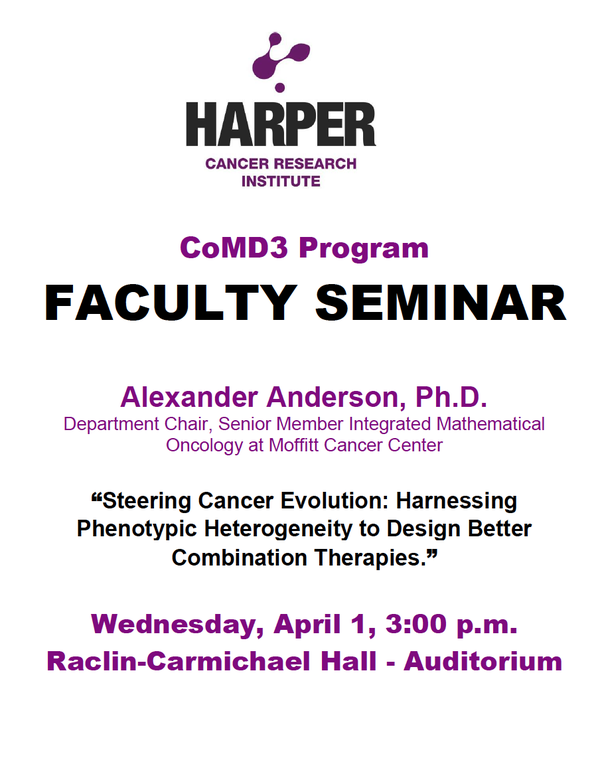