Daniel Molzahn is a Dow Sustainability Fellow at the University of Michigan. He received the B.S., M.S. and Ph.D. degrees in Electrical Engineering and the Masters of Public Affairs degree from the University of Wisconsin–Madison, where he was a National Science Foundation Graduate Research Fellow. His research interests are in the application of optimization techniques and policy analysis to electric power systems. 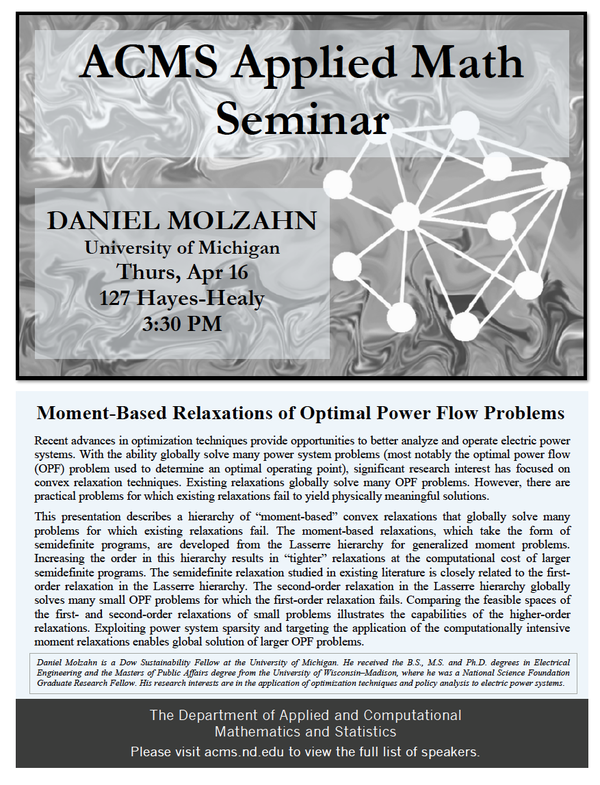