Mr. Behnke graduated from University of Michigan in May of 2001. He was hired shortly after graduation by Midwest Pension Actuaries, Inc. (MPA). During his first couple of years, Mr Behnke spent time as an actuarial administrator, but left MPA for a short periods in 2005-2006 to explore other actuarial job opportunities in large company plan administration. After his return to MPA in the Fall of 2006, Mr. Behnke started his course study to obtain the Enrolled Acutary (EA) desingnation and became an EA in 2010. Mr. Behnke's job responsibilites include designing retirement plans for small business and the administration of these retirement plans.

Mr. Behnke is married with twin girls (age 7) and competes in marathons, triathlons, and cycling racing. 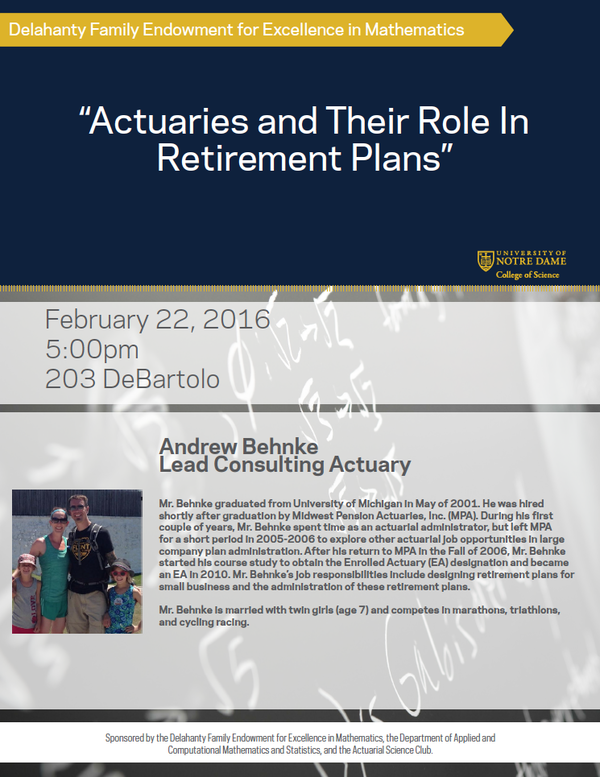