Bernie Gray received a B.S. in Math and Spanish with an Actuarial Science minor in 2014 and a M.S. in ACMS in 2015 from the University of Notre Dame. He is currently pursuing a M.S, in Computer Science online at Georgia Tech. He has worked as an analyst at 84.51° in Cincinnati, OH since graduation, where he uses machine learning to optimize the layouts of Kroger stores. Kroger operates over 2,700 stores, had nearly $110 billion in sales in 2015, and is the world's third-largest retailer behind Walmart and Costco.

Dominick Ghirardo received a B.S. in Applied and Computational Mathematics and Statistics with an Actuarial Science minor in 2015 from the University of Notre Dame. He is currently an analyst at 84.51°, a data science company based in Cincinnati, OH. Dominick uses a variety of statistical techniques to help improve various aspects of Kroger's business. 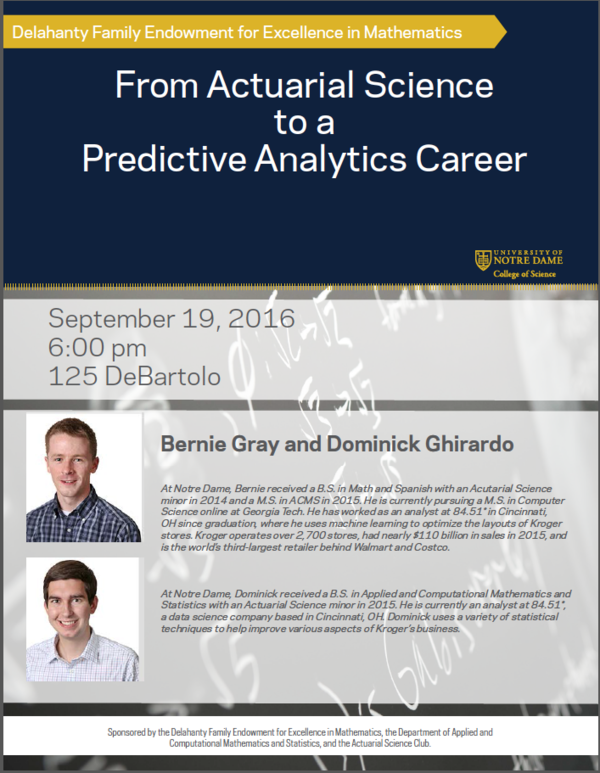