I will discuss the application of Cramer-von Mises (CvM) type estimation method to the regresion model with panel data - called panel regression model - and obtain estimators of regression parameters as a result of the application. The eror in the panel regression model is decomposed into two unobservable components: time-invariant individual effect and remainder disturbance which varies with cross section and time. The panel regression model discussed is the random effects model: the individual effect is uncorrelated with covariates. Time periods are the same for all cross section units - called balanced panel - and the time dimension fixed withe the dimension of the cross section units increases to infinity when we come to investigating the asymptotic properties of the CvM type estimators. A simulation study compares teh performance of the CvM type estimaors with other estimators and shows the superiority of the CvM type estimators. I will discuss testing for the existence of the individual effect. The CvM type test statistic converges in distribution to quadratic forms of normally distributed random variables. An analytic expression for the converging distribution function will be derived, and the hypothesis test will be performed. 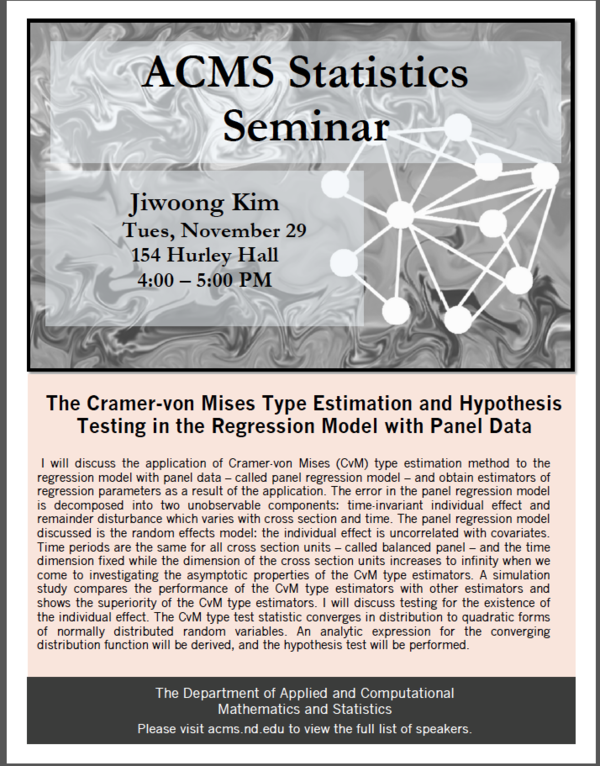