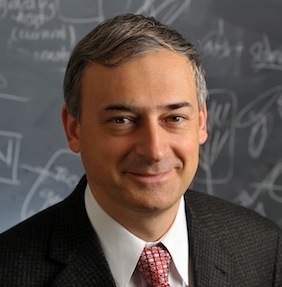 A multi-university research group which includes several Notre Dame faculty and graduate students, has recently published a paper detailing new work on the analysis and dating of human bruises. The research, which is funded by the Gerber Foundation, will have particular application to pediatric medicine, as bruise age is often key evidence in child abuse cases.

Using a combination of modeling and spectroscopy measurements, the researchers have advanced our understanding of the changing composition of aging bruises and developed new tools for detailed biomedical studies of human skin tissue.

Spectroscopic measurement determines the chemical composition of tissue by measuring the extent to which it absorbs and reflects light of different wave lengths. In this case, the researchers examined accidental bruises to determine their concentrations of bilirubin, blood volume fraction, and blood oxygenation, which peak at various periods after contusion occurs.

The data were combined with modeling via Monte Carlo methods, which are often used to simulate highly complex systems—like the propagation of electromagnetic waves in healthy and contused skin -- involving many interacting degrees of freedom. The result was a multilayered model in which each layer is characterized by a number of parameters, including thickness of layer, absorption and scattering properties, refractive index, and scattering anisotropy factors. Previous research had produced models simulating only one to three layers of skin; this one simulates seven, allowing for a much clearer spectroscopic picture of a bruise's composition and age.