We will present our recent computational approaches for comparing (i.e., aligning) large real-world networks, as well as for studying their evolution, in order to enable efficient extraction of functional information from network structure. Then, we will discuss how the approaches can be applied to biological networks, e.g., networks of interactions between proteins in the cell, to address many important problems in biomedicine, such as identifying novel aging-related genes and thus drug targets. In addition, we will show that the same methods can be successfully used to study other network types as well, such as social networks – networks of friendships and acquaintances or on-line social communities. For example, we will illustrate the application of network analysis to studying how our friendship networks shape our lives, as well as to de-anonymizing on-line social network data, thus impacting user privacy. 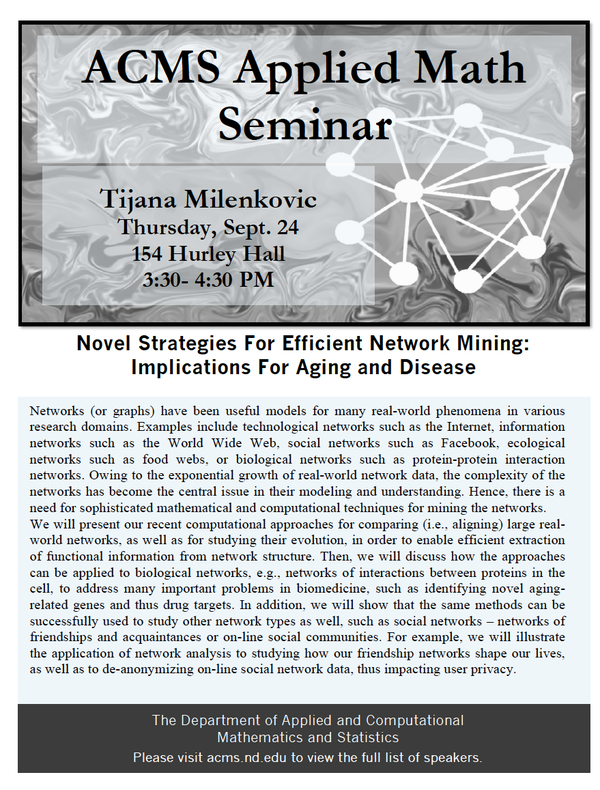