Synaptic connectivity varies widely across neuronal types. In the cerebellar cortex, granule cells receive five orders of magnitude fewer inputs than the Purkinje cells they innervate. A large divergence in synaptic connectivity is also seen in other circuits with cerebellum-like architectures, including the insect mushroom body. In the cerebral cortex, on the other hand, the number of inputs per neuron is more uniform and large. In this talk, I will discuss recent work that addresses what determines the optimal number of connections for a given neuronal type, and what these different degrees of connectivity mean for neural computation. The theory I will describe predicts optimal values for the number of inputs to cerebellar granule cells and Kenyon cells of the Drosophila mushroom body, and it also provides a functional explanation for why the degrees of connectivity in cerebellum-like and cerebrocortical systems are so different. I will also describe an analysis of a complete electron-microscopy reconstruction of a learning and memory center in Drosophila which we have used to validate the theory. 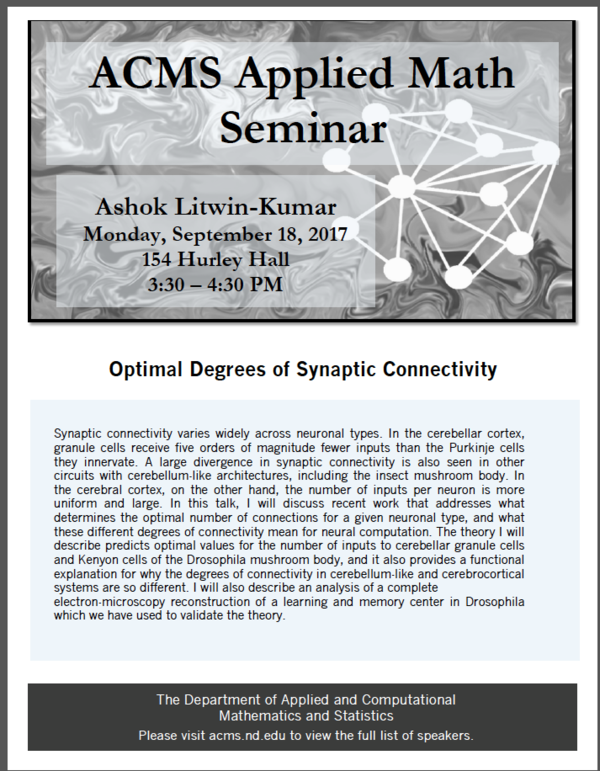