Energy Driven Pattern Formation in Thin Fluid Layers: The Good, The Bad, and The Beautiful

A wide variety of physical and biological systems can be described as continuum limits of interacting particles. Many of these problems are gradient flows and their dynamics can be described in terms of a monotonically decreasing interaction energy that is often non-local in nature. We show how to exploit these energies numerically, analytically, and asymptotically to characterize the observed behavior. We describe three such systems. In the first, a Langmuir layer, line tension (the two-dimensional analog of surface tension) drives the fluid domains to become circular and the rate of relaxation to these circular domains can be used to deduce the magnitude of the line tension forces. In the second, a Hele-Shaw problem, vexing changes in topology are observed. The third system models the formation of the convoluted fingered domains observed experimentally in ferrofluids for which pattern formation is driven by line tension and dipole-dipole repulsion. We show that noise in this system plays an unexpected but essential role and deduce an algorithm for extracting the dipole strength using only a shape’s perimeter and morphology. 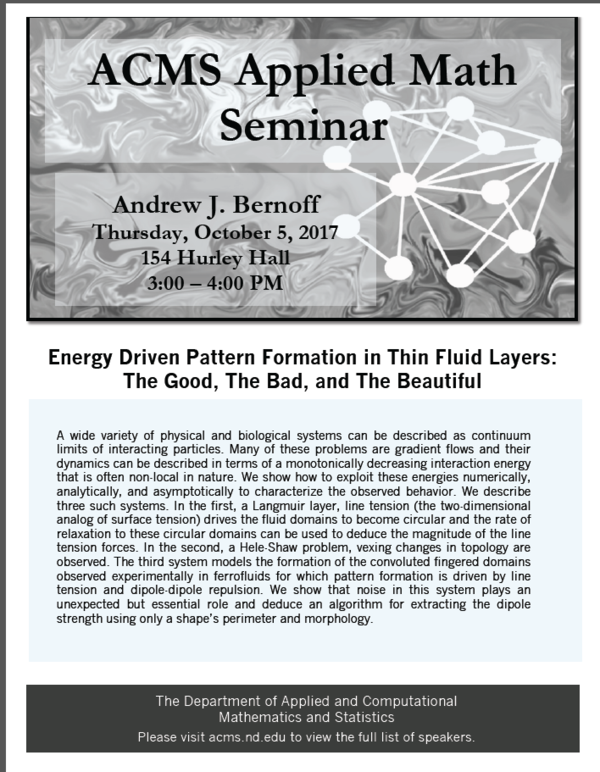