When a spatial regression model that links a response variable to a set of explanatory variables is desired, it is unlikely that the same regression model holds throughout the domain when the spatial domain and dataset are both large and complex. The locations where the trend changes may not be known, and we present here a mixture of regression models approach to identifying the locations wherein the relationship between the predictors and the response is similar; to estimating the model within each group; and to estimating the number of groups. An EM algorithm for estimating this model is presented along with a criterion for choosing the number of groups. Performance of the estimators and model selection is demonstrated through simulation. An example with groundwater depth and associated predictors generated from a large physical model simulation demonstrates the fit and interpretation of the proposed model.

This is joint work with Karen Kazor. 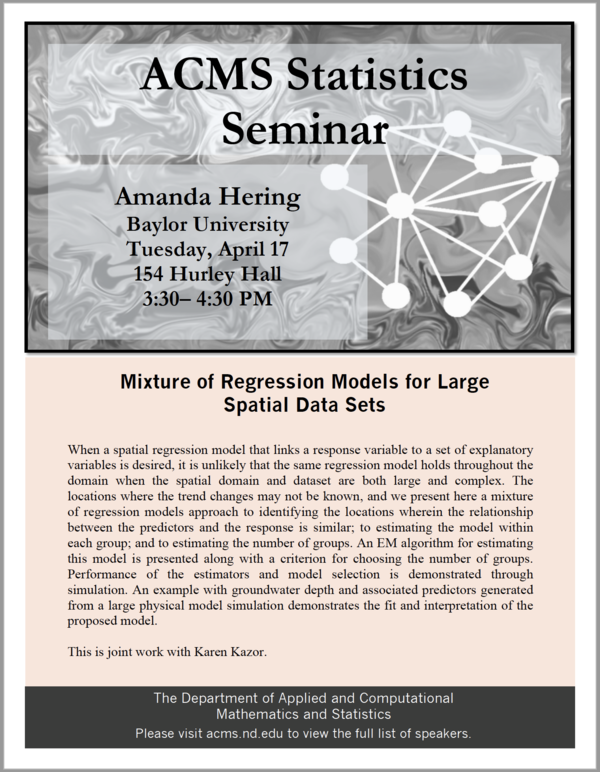