A Data Analytic Journey Towards The Hubble Constant

The Hubble constant is a core cosmological parameter that represents the current expansion rate of the Universe. One way to estimate this quantity is to use strong gravitational lensing, i.e., an effect that multiple images of the same astronomical object appear in the sky because the trajectories of the images (from the object to the Earth) are bent by a strong gravitational field of an intervening galaxy. It produces two types of the data; multiple brightness time series data and high-quality image data of the astronomical object. The former infers time delays between the arrival times of the multiply-lensed images (arXiv 1602.01462) and the latter estimates gravitational potential of the intervening galaxy (arXiv 1801.01506), which determines the Hubble constant in a physical equation. In this talk, I explain the relationship among these three components, i.e., time delays, gravitational potential, and the Hubble constant, and introduce several statistical challenges in estimating these three components. 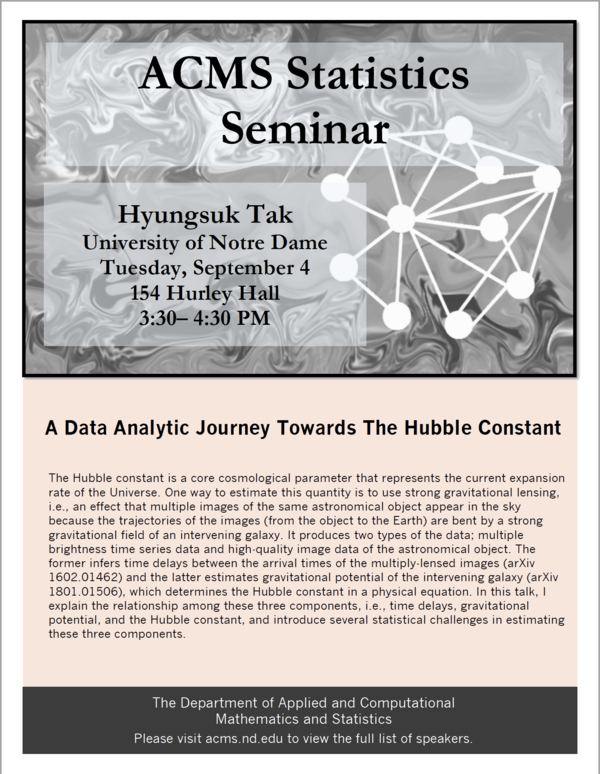