The Gaussian stochastic process (GaSP) is a useful technique for predicting nonlinear functional outcomes. The estimated mean function in a GaSP, however, can be far from the reality in terms of the L2 distance. This problem was widely observed in calibrating imperfect mathematical models using experimental data, when the discrepancy function is modeled as a GaSP. In this work, we study the theoretical properties of the scaled Gaussian stochastic process (S-GaSP), a new stochastic process to address the identifiability problem of the mean function in the GaSP model. We establish the explicit connection between the GaSP and S-GaSP through the orthogonal series representation. We show the predictive mean estimator in the S-GaSP calibration model converges to the reality at the same rate as the GaSP with the suitable choice of the regularization parameter and scaling parameter. We also show the calibrated mathematical model in the S-GaSP calibration converges to the one that minimizes the L2 loss between the reality and mathematical model with the same regularization and scaling parameters, whereas the GaSP model does not have this property. From the regularization perspective, the loss function from the S-GaSP calibration penalizes the native norm and L2 norm of the discrepancy function simultaneously, whereas the one from the GaSP calibration only penalizes the native norm of the discrepancy function. The predictive error from the S-GaSP matches well with the theoretical bound. The simulated data and real data of calibrating the geophysical model of the Kilauea Volcano will be presented concerning the performance of the studied approaches. Both the GaSP and S-GaSP calibration models are implemented in the “RobustCalibration” R Package on CRAN. 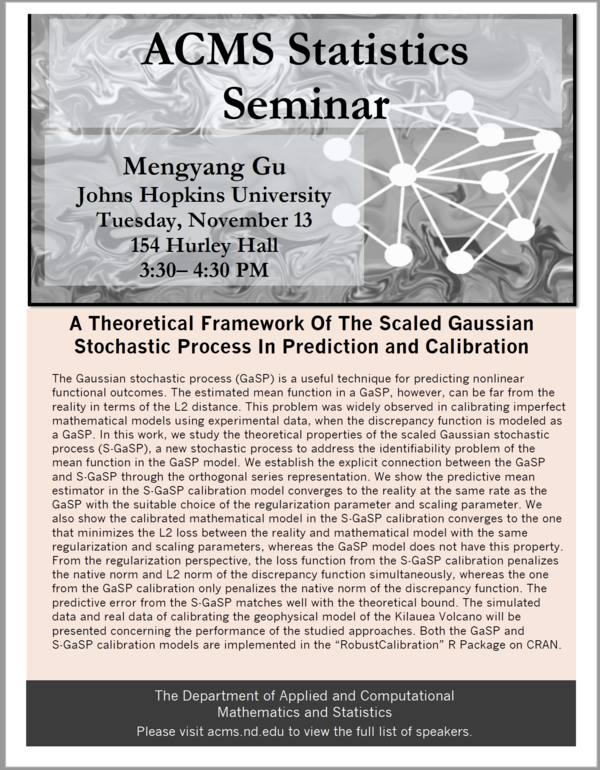